・ It is better to use a soap net for lathering. It feels very refreshing after washing! And it felt like my skin didn’t have dryness or tension during the day. I'd like to give to my friend as a souvenir. (W.I. 40s)

・I bought the soap because it just looked good, but I was surprised how the feeling was good after using. After washing my face, I feel like my skin is no longer stretched from drying out! I’m addicted now. (S.N. 20s)

・Trouble of combination skin gradually settled down. The redness of the troubled part has been reduced, and the texture has been smoothed. (Women 40s)

・The cheek skin after bathing became moisturized enough to stick to the hand. Since the makeup also cleansed, I only need just one soap to clean my face. (A.A. 40s)

・Grey hair has decreased. The hair got firm and shiny. (a woman in her 40s)

・I used to have terrible dry hands in winter time, but they became moist with the soap. (H.T. 50s)

・No need for straightening hair. My hair restives to one when I was a teenager. (20s female: 1 year monitor use)

・The interval between grey hair dyeings increased from 2 months to 3 months. The hair started to rise, the curly hair decreased, and my hair became glossier.

・I used to have reddish hair, but now my hair has become darker (50s) 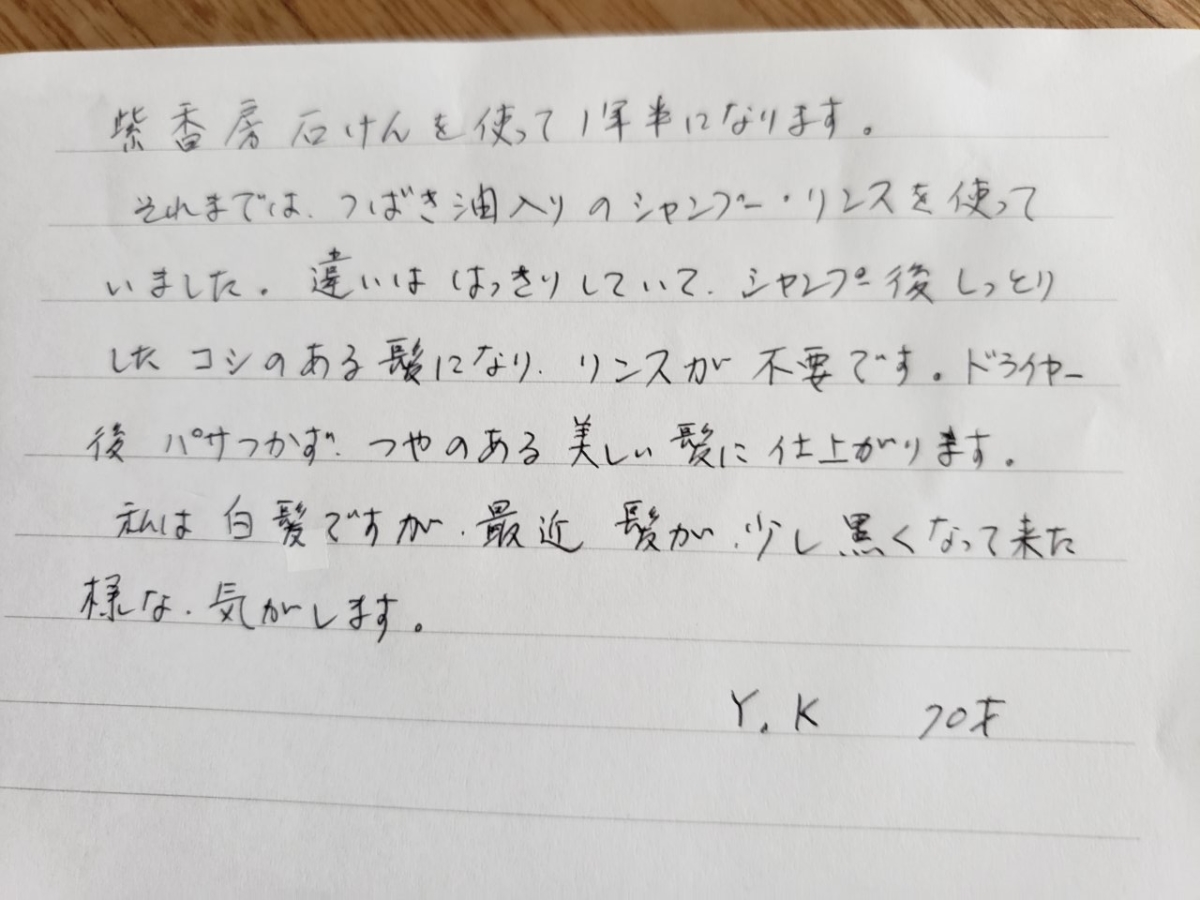 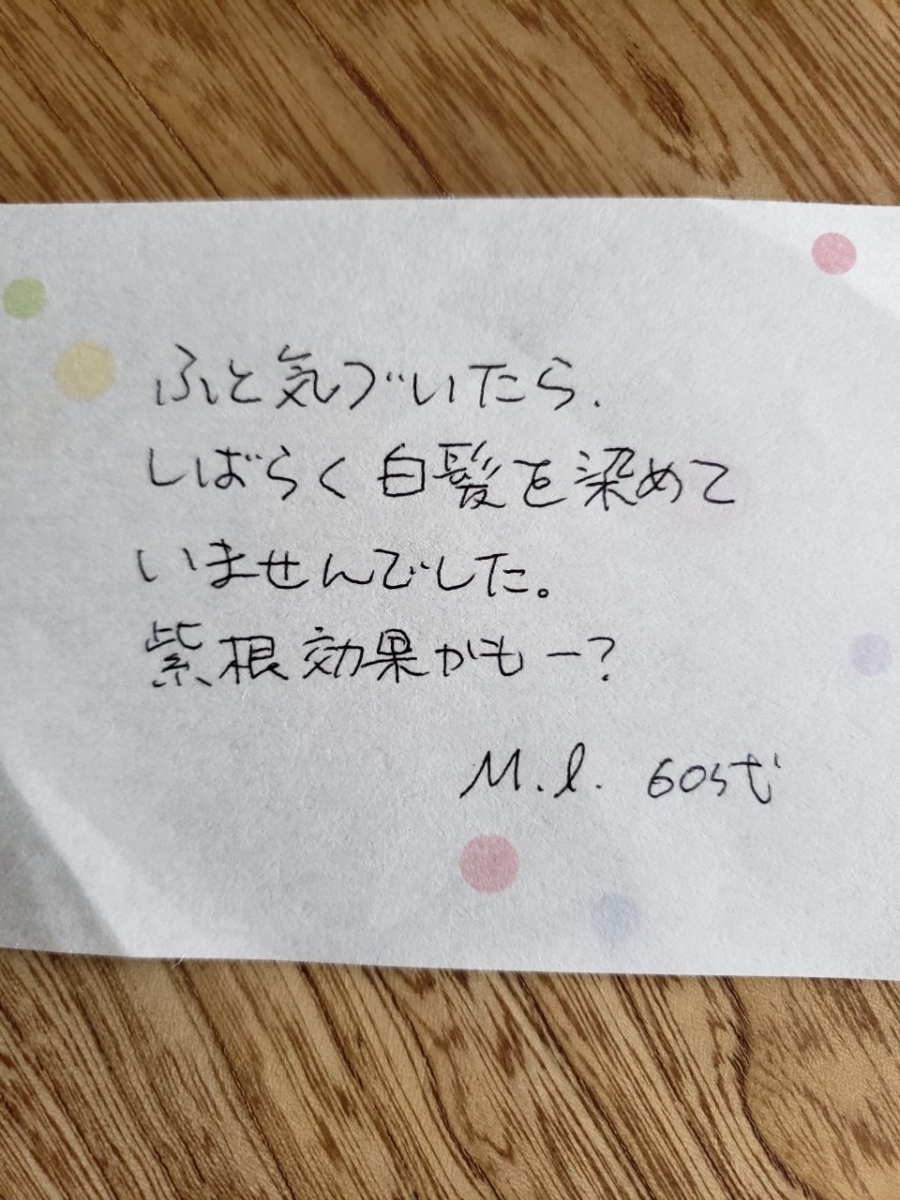 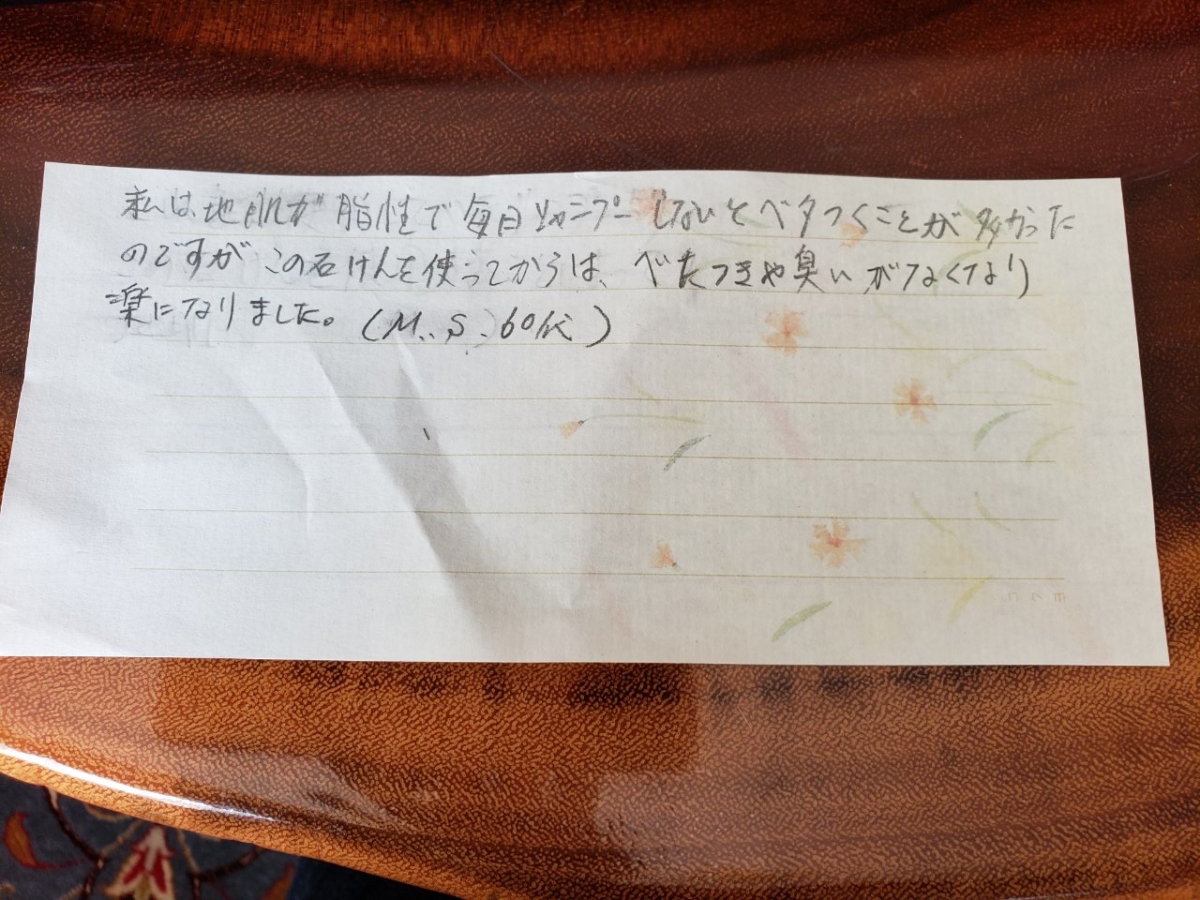 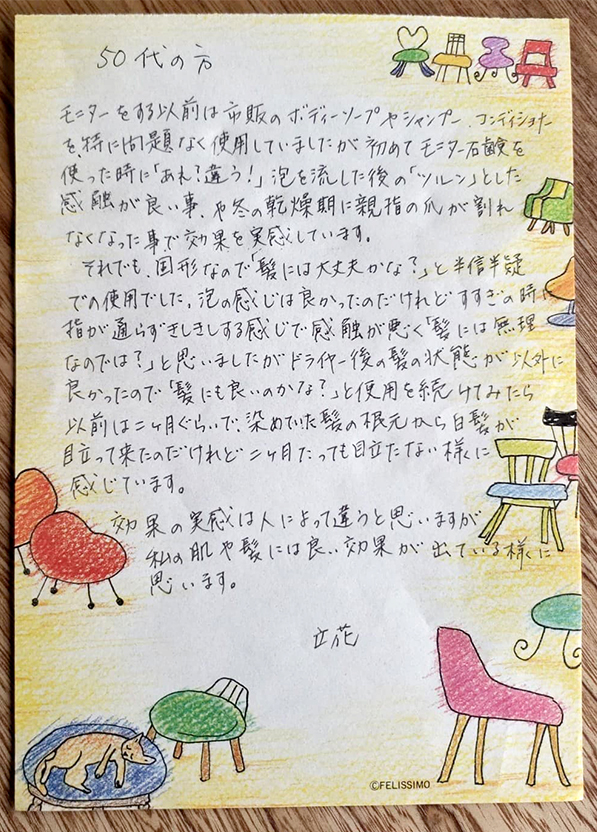 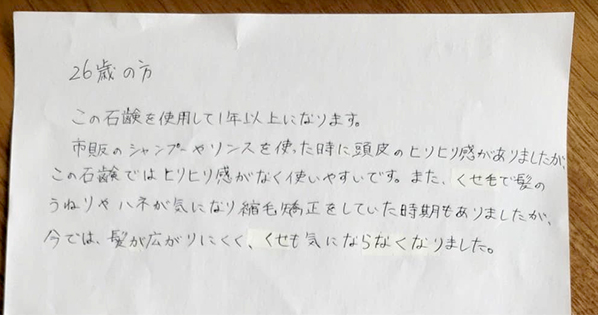 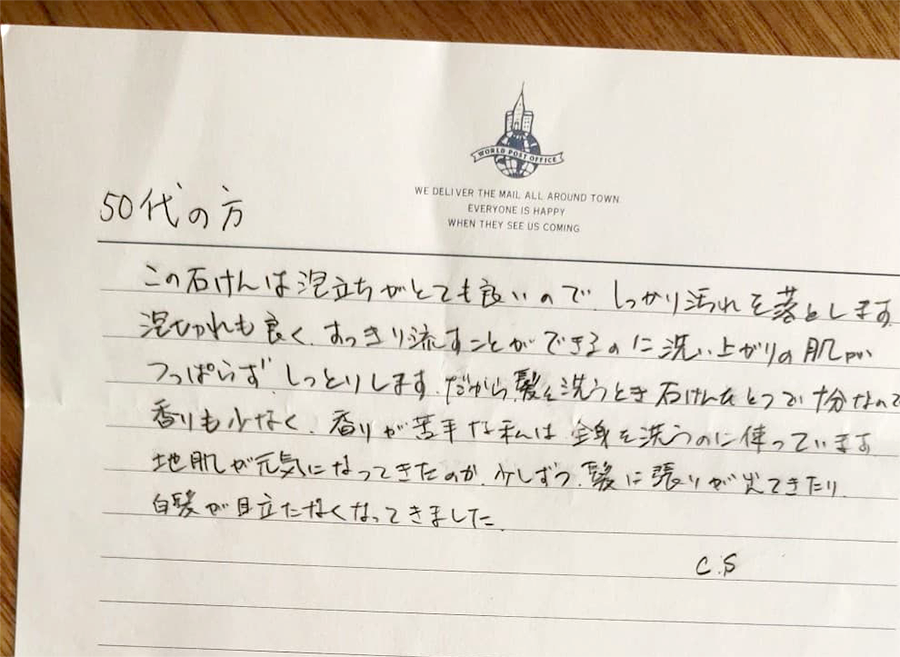